Plovdiv is the second biggest town in Bulgaria. It’s situated in Uppertracian lowland on the two sides on Maritza River, which separates it on two parts.
The altitude is 160m GPS coordinates 42° 9’ northern width and 24° 45’ eastern length.

The climate is continental –typical for the South Europe. Summers are generally extremely hot and dry. Winters are cold, with a slight Mediterranean influence, often they’re very cold with a Continental character. The average annual temperature is 12.3 °C (54.1 °F). The average maximum temperature is in July – 30.3 °C

How to reach Plovdiv

From Sofia to Plovdiv you can drive by car- personal or ‘rent a car’ for around one hour and half or by bus through highway ‘Trakia’. The express train reaches the town for 2 hours and 15 min and the fast train gets for 2 hours and 45 min.

Plovdiv is one of the oldest towns in Europe. It’s said that it’s as old as Troy and Mycenae but is more ancient than Rome, Athens and Constantinople. The historians don’t point an exact age of the town. In 1975 was found remains from religious building from the Greece- Mycenaean culture which are equal to the founding on island Kronose.
Plovdiv is famous for its historic and cultural legacy which dates back from the time of the Thracians- the most ancient inhabitants for which are discovered written documents on the Balkan Peninsula. They are bearers on an amazing culture wrapped in another cultures.
The developing of the town is connecting with the age of Phillip of Macedonia, flourishing in the years of upsurge of the Roman and Byzantium Empire. It’s saved in the years of the Ottoman Empire and reached its upsurge during the Revival.
The rich history of the town leaves permanent marks in the architecture. Remains of ancient, medieval, revival and modern culture coexist and are interwoven into the unobtrusive, irresistible and eternal beauty of this city. Plovdiv has preserved in itself exceptionally valuable cultural monuments – the Roman stadium, the Ancient theatre of Philippopol, splendid colorful mosaics, the Ancient forum and the fortress walls and gates, the Roman aqueduct, excavations of the first Thracian settlements. The ancient names are connected and interpreted in tourism objects like hotels, restaurants etc. It’s considered that the most ancient name of Plovdiv is Cendrisia. Maybe it derives from the cedar forests for which the ancient writers talk about or from the Thracian tribe.
The Thracians is the first to found a village on the three hills and called it Eumolpia. The scientist connect the origin with the Thracian hero Eumolpia
In 342 B.C Phillip of Macedonia (or his armies) has conquered the city. This event is followed by a change of the name. The town was called Philippopolis which means ‘the town of Fillip’ and today on the Djumaia Square is made a monument of Phillip.
In the time of the Roman Emperor Claudius the Empire includes the Thracians lands and it became the center of the Roman province Thrace. Trimontium in translation ‘the town of the three hills’ became again important for the economic and cultural life. Here are making coins, gaining taxes, building sparkling buildings, aristocratic homes etc. The Roman age (1-6c) is one of the most important periods of the Ancient in which the town is gorgeous.
In the first half of 7th century began the first settlements of Slavs, who lived with the Thrasians and under their influence the name is changed into Pulpudeva then in Puldin (Plovdiv).

Plovdiv, Bulgaria’s second most important city, preserves the undying values of its six millenia long history. With the name of Philippopolis the city celebrated the conquest of Philip II of Macedon, but it was classical Trimonium which left indelible marks of its grandeur, still visible today scattered on the six hills of Plovdiv.
The most remarkable of them rising above the city is the Antique Amphitheatre built by Emperor Mark Avrelii during the II century A.D. Its magnificant arcade adorned with marble statues is simply breath-taking. Theatre and opera performances are still staged here on warm summer nights.

The Roman Stadium is also constructed during the II century and reproduces the layout in Delphi, Greece. Within the centre of the ancient major town of the Roman province of Thrace remains of stone paved streets, foundations of buildings and columns and ancient fortress walls and gates reside.
The Old Plovdiv nowadays is an original living museum, an architectural phenomenon with many of the houses of those times’ most prominent bulgarians turned into museums, galleries hosting various art exhibitions, festivals and biennials, and even tourist dormitories.

The commercial sector is developing quickly. Shopping centers have been built mainly in the Central district and the district of Trakiya. Those include Shopping Center Grand Market Center and two more all on the Kapitan Raycho Street Forum in Trakiya, Excelsior and others.

Foreign money can be changed at banks during business days (09.00-17.00 Monday-Friday) as well as at hotels, at the airport and in exchange offices. Exchange rates are set daily by the Central Bank. All major credit cards are accepted in big t hotels, restaurants and shops. But it is generally accepted to pay in cash using BGN when shopping or visiting restaurants. Automated bank machines are available at many points throughout the city .

Participants are requested to check with the Bulgarian Consulate in their home country or with their travel agency for visa requirements. 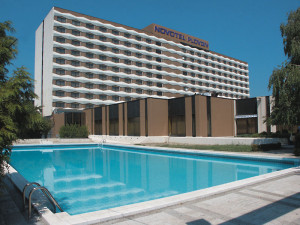 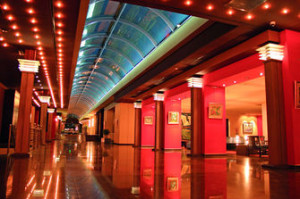 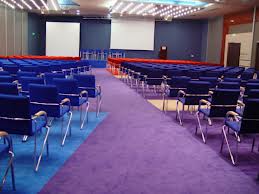 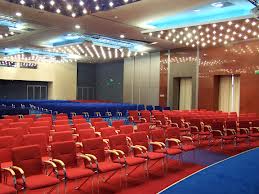